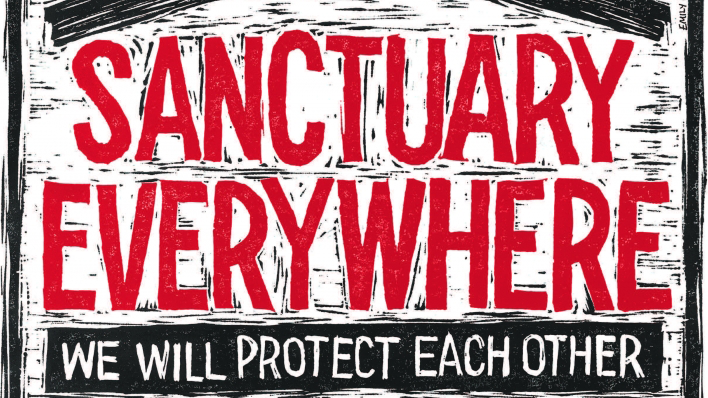 We are filled with gratitude to share that our sanctuary guests, Lorenzo and his two year-old son Pedro, were able to return home late Monday afternoon.

Shortly after communicating that Lorenzo was in sanctuary, his lawyer received notification from a senior official within the regional Immigration and Customs Enforcement (ICE) office that Lorenzo was no longer a priority for deportation — and safe to return home. None of us anticipated such a quick turnaround, and we learned that it is in fact quite rare to receive such direct communication from a senior ICE official. Lorenzo’s lawyer expressed clearly that this decision from ICE was a result of Lorenzo seeking sanctuary — and what we can assume is that ICE did not want the press coverage of a family (with an open asylum case) being separated because of accidentally missing a check-in appointment.

Although I wish it were not because of the threat of bad press, what we know is that just these few days in sanctuary made the difference.

Thank you for your radical hospitality.

Thank you for all of the ways that you love.

Our Sanctuary Everywhere team will continue to support Lorenzo and his family and accompany him to his check-in appointment tomorrow morning. A portion of your generous donations on Sunday will be set aside as part of a readiness plan in the event that we receive a future sanctuary guest. The rest of the funds will support the ongoing work of Sanctuary Everywhere to accompany asylum seekers in our larger community. If you signed up to volunteer you’ll be hearing from us soon. The work of building Beloved Community continues.

As Lorenzo packed his things yesterday, he shared that he hopes his whole family can join us during a future Sunday worship, naming not only his particular appreciation for The Shady Ukuladies, but the message of Love and relationship across difference.