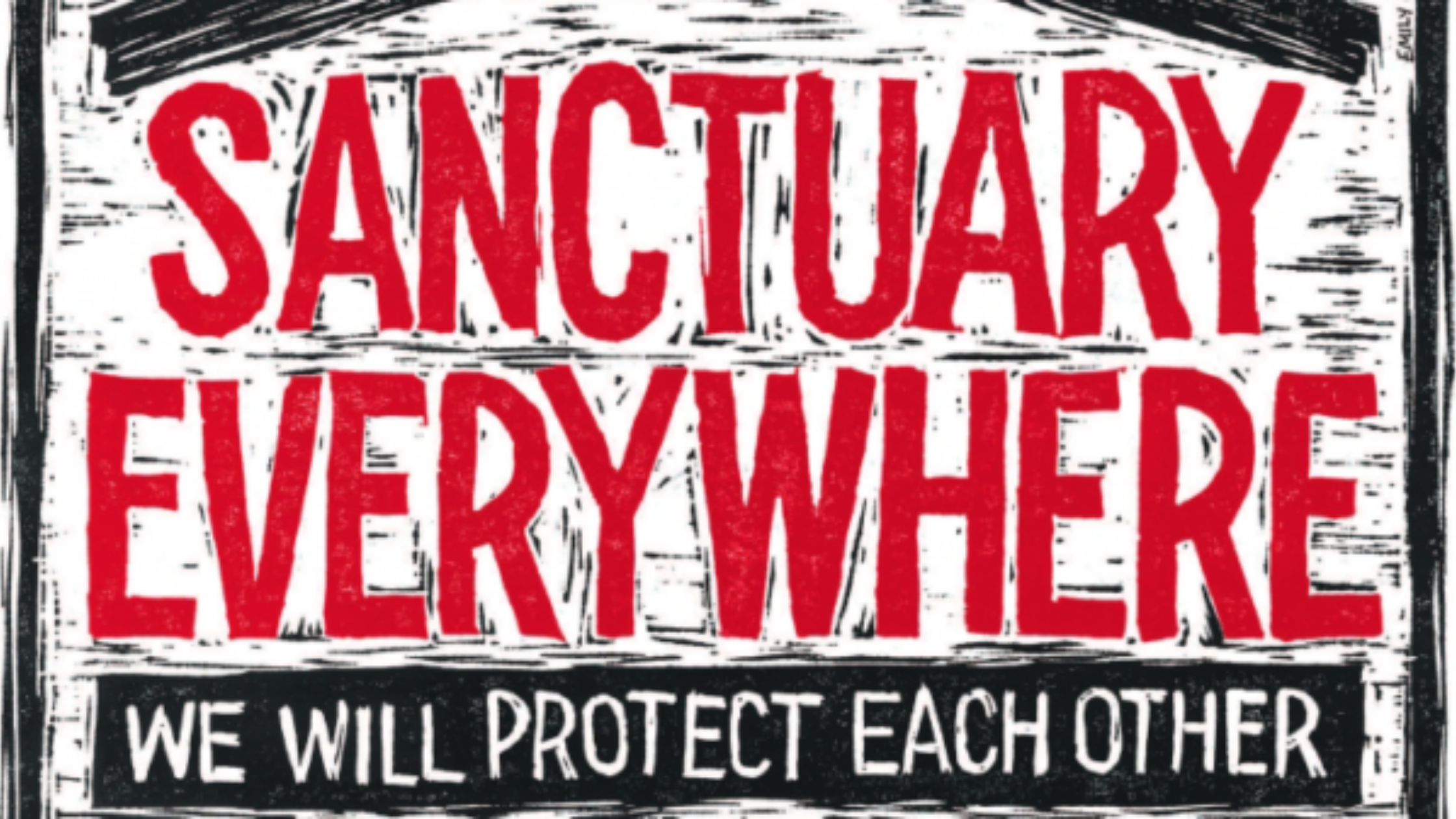 With so much shifting so quickly, we wanted to take a moment to update you on one of our many impactful justice programs – and our July/August Share the Plate partner – Sanctuary Everywhere.

In response to this change, we pivoted to companion asylum seekers reaching the U.S. through the formation of local Villages. These Villages were loosely modeled after Homeward Alliance’s One Village One Family program. In this model, a group of 6-8 volunteers companioned an asylum seeker who was referred to us from one of our partners – La Cocina, Fuerza Latina, RMAIN, or from Kim Medina (local immigration attorney). One of the Village members served as the official sponsor, providing housing and a degree of assurance to the government about the person’s support in the community, thus allowing the asylum seeker to leave the detention center.

Foothills ran three Villages through summer 2020. All of those asylum seekers found their way to a degree of stability with quite a variety of paths. Additionally, the Sanctuary Everywhere team continues to provide support (emotional, financial, logistical) for the individual who came into Sanctuary briefly with us in 2020. We also provide ongoing support to his family.

Our Villages have provided housing, medical/dental funds, dozens of rides to ICE and other appointments, support in learning English, connections with mental health support, and community relationship building. Foothills Unitarian has covered these costs through a designated fund for which we raised money in 2019 and 2020. The fund is also supplemented by individual donations as well as the Ministerial Discretionary Fund. While we saw enormous generosity initially, the need for supporting asylum seekers remains high. For this reason, Sanctuary Everywhere is our Share the Plate Partner for our new series Coming Home, starting July 11th. (Stay tuned for an email this Friday introducing our Coming Home series!)

The Sanctuary Everywhere fund also supports its volunteers through our partner organization, La Cocina. Through this program, facilitators from La Cocina support both Villagers and the Sanctuary Everywhere Core Team in dismantling white supremacy and fostering effective companioning as a white person. La Cocina’s support of us and our work has been invaluable in our discernment and learning.

All of this work came to a pause in the fall of 2020, as COVID made it impossible to recruit Villagers, and the asylum process was politically gridlocked – only one person got asylum in the US in the fourth quarter of 2020.

However, in March of 2021, we restarted! We are now supporting a family of 13 from Nicaragua, two of whom remain in detention. We are doing this in deep partnership with Fuerza Latina, La Cocina, and Homeward Alliance. Alianza Norco is also involved – they helped get the over 16 folks driver’s licenses! Up until early June, 11 of the 13  family members were living in one small mobile home that was, as you can imagine, very cramped and stressful. However, with our Core Team’s support, five family members moved into their own trailer. In partnership with Homeward Alliance, Sanctuary Everywhere volunteers have provided the first month’s rent, the security deposit, a bike, sleeping bags, and a seemingly endless list of clothing and kitchen wares. Additionally and importantly, the Core Team has transitioned support from itself (a small group of volunteers) to a new Village – a group of volunteers from Foothills, Fuerza Latina, and our broader community.

The Core Team is preparing to host a meeting across all community partners to establish a long-term plan for continuing coordination and cooperation.