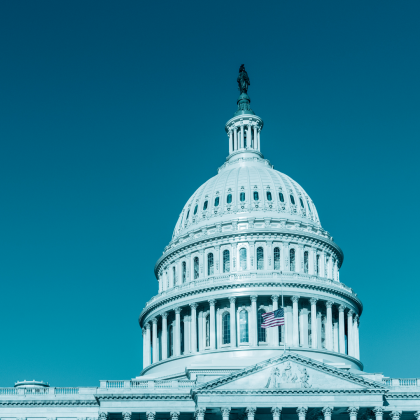 Because what happened today in our country should anger and disturb all of us.

Thousands of rioters pressed in on the capitol this afternoon, scaled the walls, broke out the windows, banged on the door of the chamber as they attempted to certify the election results. A shoot out on the House floor had Representatives crouching and donning gas masks. The crowd called out for Vice President Mike Pence, as his willingness to perform his constitutional duty was seen as a final betrayal. Afterall, that’s what the President had said in the rally immediately preceding these appalling acts of domestic terrorism.

I’m sure many of you were busy with other things throughout your day so if you haven’t had a chance to see videos, or read or listen to the reports, take the time. This day will go down in history, and it should. If it happened in any other country, our leaders would be clearly condemning the attempted coup.

In his statement, former President Barack Obama described how we should not fool ourselves into believing today’s events were a total surprise. “For two months now, a political party and its accompanying media ecosystem has too often been unwilling to tell the truth – that this was not a particularly close election and that President-Elect Biden will be inaugurated on January 20. Their fantasy narrative has spiraled further and further from reality, and it builds upon years of sown resentments. Now we’re seeing the consequences, whipped into a violent crescendo.”

That it should not surprise us does not mean, however, that it should fail to move us. As I write this, Congress has returned to do its work, and while I agree that this is ultimately important for its signal of the persistence and resilience of our institutions and our country, I can’t help imagine the trauma that all those who were ducking in aisles and contemplating fighting their way out through the violence had experienced earlier in the day.

They and we all need to take the time to feel the fear, the uncertainty, the shock, and the anger that this experience inspires in all who would affirm the inherent worth and dignity of every person. An affirmation that faces attack by all those who would seek to undermine the results of a repeatedly proven fair and free election. And an affirmation that we start to question when we’ve watched federal police in riot gear confront protesters for racial justice all year and yet today, protestors were met instead with police ready to take selfies with them as they desecrated the nation’s capitol.

We need to make space for all of our feelings so that we can allow our fear and our anger to keep us connected to – rather than distant from – what we love.

Anger is a complicated emotion, and we’ve seen today how it can often lead us to danger and division. But that’s why we need to give anger its rightful due. Because behind our anger lives our heartbreak. Heartbreak for our nation. Heartbreak for our shared humanity. Heartbreak for people of color who didn’t need the last few years to know about the failed American dream. Heartbreak for the real lives (and this year we see so explicitly, the deaths) that are impacted when the love for power overshadows a commitment to democracy.

What heartbreak lives behind your anger?

If you remember the interview I had with Florence Field a few months ago, she spoke in the end about the fragility of democracy. Today we saw her words play out in more explicit pressing ways than many of us have ever seen in our lifetimes. And so my prayer this evening is that we will let the heartbreak that drives our anger remind us of our deepest values.

For me, that starts with reminding us that part of what it means to affirm the inherent worth of every person is to hold them accountable for their behavior. Whether we’re talking about rioters storming the capitol or the President who incited them.

And it includes nudging us to remember that don’t just commit in our faith to affirming our first principle, but also our fifth. In the days to come, may we each work to protect, renew and strengthen our democracy. Not because it is a perfect institution – and certainly not because our country has yet shown itself as a perfect example of its best. But because it offers us a way to live out our inherent worth and dignity within a diverse and even divided community. And it will not thrive without our diligence, our commitment, and our vision.

Though I started this post with a wish for disturbance, ultimately I hope you are finding the tools and the resources to move through this uncertain time with strength and resilience. As I said last Sunday, we have shown this year that we can persevere through great challenge and find through it all a persistent joy. Please reach out if you are struggling a little more than usual, and know that you are not alone.

With love, and in faith,