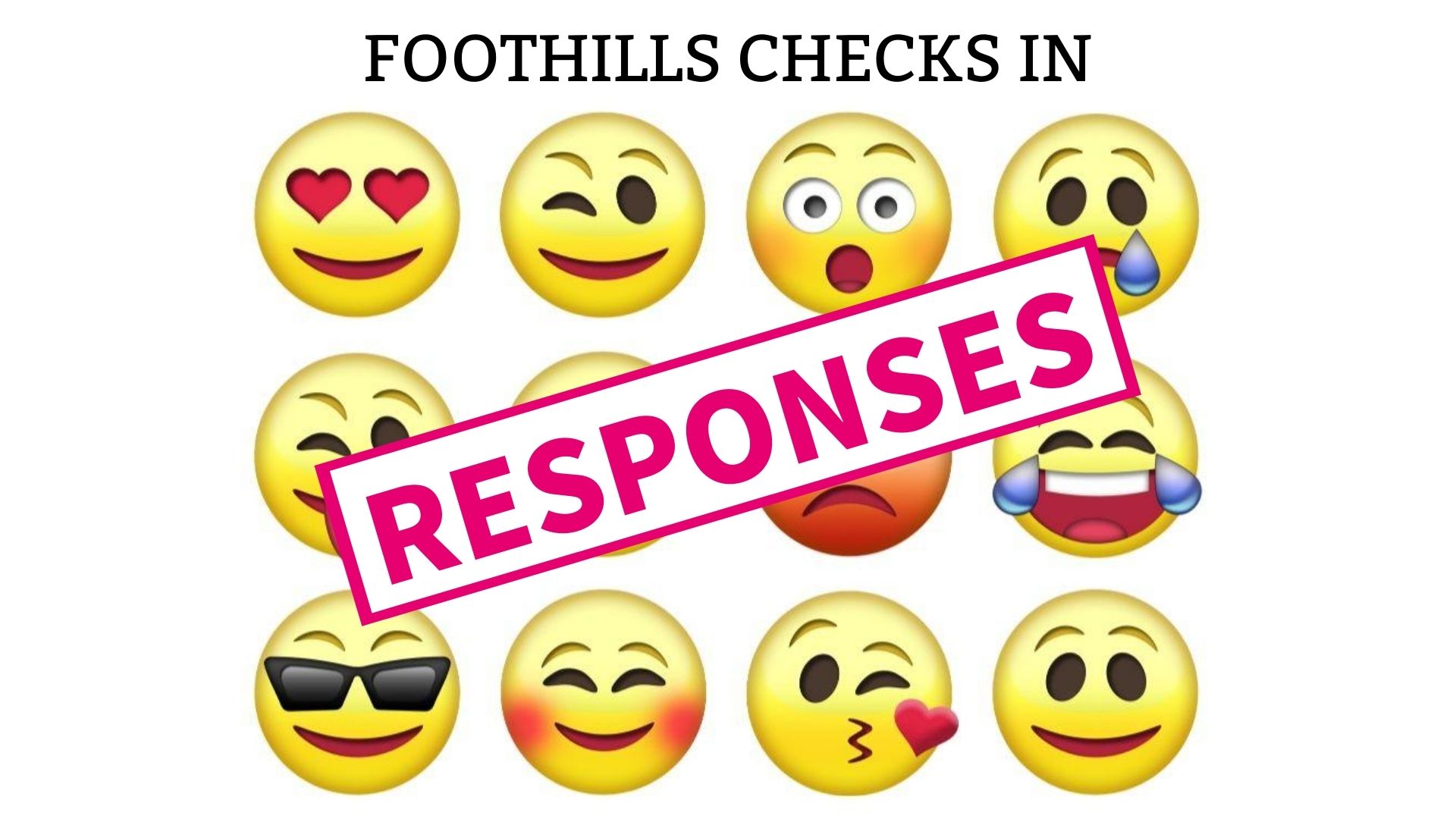 We asked you to “Share the title of a book you love or have recently read and would recommend,” and you answered. We received an incredible response (thank you!) and have compiled a complete list of your book recommendations. Enjoy!

To receive our weekly check-in notice, text the phrase “checksin” to 97-000

The Alchemist: A Fable About Following Your Dream, by Paulo Coelho, 1989
The Alice Network, by Kate Quinn, 2017
A Gentleman in Moscow, by Amore Towle, 2019
A Tree Grows in Brooklyn, 75th anniversary edition, by Betty Smith, 2018
Ahab’s Wife: Or, the Star-Gazer, by Sena Jeter Naslund & Christopher Wormell, 2005
American Dirt, by Janine Cummings, 2020
Beach Music, by Pat Conroy, 2002
The Best Queen, by Louie Erdich, 2006
The Book of Women of Troublesome Creek, by Kim Michelle Richardson 2019
Centennial, by James Michener, 1976
Crazy Rich Asians, by Kevin Kwan, 2018
The Dutch House, by Ann Patchett, 2019
Fierce Invalids Home From Hot Climates, by Tom Robbins, 2001
The Five People You Meet in Heaven, by Mitch Albom, 2003
Giver of Stars, by Jojo Moyes, 2019
The Glass Hotel, by Emily St. John Mandel, 2020
The Good Earth, by Pearl Buck, 1959
Hawaii, by James Michener, 1959
Hyperion, by Dan Simmons, 1989
Life After Life, by Kate Atkinson, 2014
Lonesome Dove, by Larry McMurtry, 1986
Love in the Time of Cholera, by Gabriel Garcia Marquez, 2007
Maybe in Another Life, by Taylor Jenkins Reid, 2015
The Martian, by Andy Weir, 2014
Midnight in the Garden of Good and Evil, by John Berendt, 1999
The Name of the Wind, Kingkiller Chronicle Book 1 of 3, by Patrick Rothfuss, 2009
The Night Watchman, by Louise Erdrick, 2020
Pillars of the Earth, by Ken Follett, 2007
The Seven Husbands of Evelyn Hugo, by Taylor Jenkins Reid, 2018
The Signature of All Things, by Elizabeth Gilbert, 2013
The Sparrow, The Sparrow Series by May Doria Russell, 1997
The Vanishing Half, by Brit Bennett, 2020
This Tender Land, by William Kent Krueger,2020
The Way of Kings: Book One of the Stormlight Archive, by Brandon Sanderson, 2014
Where the Crawdads Sing, by Delia Owens, 2018
White Chrysanthemum, by Many Lynn Bracht, 2018
Why Fish Don’t Exist: A Story of Loss, Love and the Hidden Order of Life, by Lulu Miller, 2020

All Creatures Great and Small, by James Harriot, 2014
America in the King Years:
–Parting the Waters (America in the King Years 1954-1963), 1984
–Pillar of Fire (America in the King Years 1963-1965), 1999
–At Canaan’s Edge (America in the King Years 1965-1968), 2007
Becoming Michelle Obama, by Michelle Obama, 2018
Bittersweet: Thoughts on Change, Grace, and Learning the Hard Way, by Shauna Niequist, 2013
Born a Crime, by Trevor Noah, by Trevor Noah, 2019
Boys in the Boat, by Daniel James Brown, 2014
Braiding Sweetgrass: Indigenous Wisdom, Scientific Knowledge and the Teaching of Plants, by Robin Wall Kimmerer, 2015
The Basque History of the World; The Story Of A Nation, by Mark Kurlansky, 2001
The Broken Ladder: How Inequality Affects the Way we Think, Live and Die, by Keith Payne, 2018
Circe, by Madeline Miller, 2020
Citizens of London: The Americans Who Stood with Britain in Its Darkest, Finest Hour, by Lynn Olson, 2011
Deep Creek: Finding Hope in the High Country, by Pam Houston, 2020
Eat and Run: My Unlikely Journey to Ultramarathon Greatness, by Scott Jurek and Steve Friedman, 2013
A Field Guide to the Soul: A Down to Earth Handbook of Spiritual Practice, by James Thompson, 2000
The Gifts of Imperfections: Let Go of Who You Think You’re Supposed to Be and Embrace Who You Are, by Brené Brown, 2010
Great Plains, by Ian Frazer, 2001
He Chose the Nails: What God Did to Win Your Heart, by Max Lucado, 2017
Heart of the Buddha’s Teaching: Transforming Suffering into Peace, Joy, and Liberation, by Tich Nhat Hahn, 1999
How to Be an Adult: A Handbook for Psychological and Spiritual Integration, by David Richo, 1991
How to Be an Antiracist, by Ibram X. Kendi, 2019
How to Change Your Mind: What the New Science of Psychedelics Teaches Us About Consciousness, Dying, Addiction, Depression and Transcendence, by Michael Pollan, 2019
Just Mercy: A Story of Justice and Redemption, by Bryan Stevenson, 2015
Illusions: the Adventures of a Reluctant Messiah, by Richard Bach, 2001
Illusions: The Adventures of a Reluctant Student, by Richard Bach, 2014
Mao’s Last Dancer, by Li Cunxin, 2005
Me Talk Pretty Some Day, by David Sedaris, 2001
Meditations: A New Translation, by Marcus Aurelius, 2003
Modoc: The True Story of the Greatest Elephant That Ever Lived, by Ralph Heifer, 1998
The New Jim Crow: Mass Incarceration in the Age of Colorblindness, by Michelle Alexander, 2010
The Newcomers: Finding Refuge, Friendship & Hope in America, by Helen Thorpe, 2018
Not Nice: Stop People Pleasing, Staying Silent, and Feeling Guilty and Start Speaking Up, Saying No, Asking Boldly, and Unapologetically being Yourself, by Aziz Gzzipura, 2017
Range: Why Generalists Triumph in a Specialized World, by David Epstein, 2019
The Rocks Don’t Lie: A Geologist’s Investigates Noah’s Flood, by David R Montgomery, 2012
The Sacred Enneagram: Finding Your Unique Path to Spiritual Growth, by Christopher L. Heuertz, 2012
The Sacred Enneagram Workbook: Mapping Your Unique Path to Spiritual Growth, By Christopher Heuertz
Salt: A World History, by Mark Kurlansky, 2003
Seabiscuit: An American Legend, by Laura Hillenbrand, 2002
Seat of the Soul, by Gary Zukav, 1989
The Splendid and the Vile: A Saga of Churchill, Family and Defiance During the Blitz, by Erik Larson, 2020
Taylor Branch Trilogy, by Taylor Branch
Twelve Steps to a Compassionate Life, by Karen Anderson, 2018
We Build Reality: How Social Science Infiltrated Culture, Politics and Power, by Jason Blakely, 2020
Your Money or Your Life: 9 Steps to Transforming Your Relationship with Money and Achieving Financial Independence, by Vicki Robin, 2018
Zamba: The True Story of the Greatest Lion That Ever Lived, by Ralph Heifer, 2006

One thought on “Books YOU Love!”