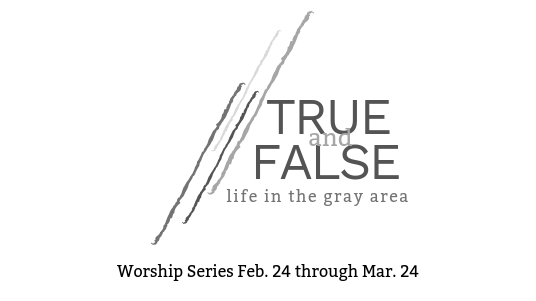 Who would’ve ever thought that there’d come a time when religious liberals would be looking to set a firmer boundary around truth?

Whether on social media or over coffee with friends – we have to admit, many of us can get obsessed with asserting exactly where the lines are between what is true, and what is not.

Our religious ancestors would be shocked!

But of course, they would also be shocked at the state of truth today, where truth has gone….open source.  Truth is a democracy. It can come from anywhere, anyone – and everywhere, and everyone.

In popular culture this looks like Youtube, Wikipedia, millions of blogs, and this whole idea of “Fake News” and “Alternative Facts”…..and in religion it looks like self-directed spiritual retreats, mash-ups of practices from Buddhism, Hinduism, and Christianity, and a whole generation of the spiritual but not religious.

It’s an exhilerating time to be alive, in so many ways. And just as often, it can be incredibly overwhelming, not to mention sometimes terrifying, and even, dangerous.  Because the lines we draw between true and false have real and human consequences, for all of us, and for our earth.

This Sunday we’re kicking off a new series, True and False, where we will be exploring these lines – and their consequences…. Where we find truth today….Who and what we trust….Why it matters….How culture, and power and bias factor in….And learning to hold truth with an open hand, accepting that we could be wrong – about everything.

Most of all our series will be paying close attention to the “and” between True and False. Because it’s in the and where faith lies.

In the complexity, and the contradictions.
In the shifting sands and the expanding universe.
In the questions of who gets to decide, and for whom.
In the still, small voice that rises up from within that sparks an entirely new understanding.
The still small voice that sparks a revolution, if we let it.
If we let ourselves keep being surprised by life, and all that is being born, now.

We always choose one song for each of our worship series that we sing or perform in every Sunday in the series.  It’s usually something you’ll find yourself singing later in the day, without even realizing it.  Because music connects in the deepest parts of our brains, the idea is that we’ll connect more fully with theme, and bring it into our everyday lives.

For this series, check out this song from Paul Thorn, “You Might Be Wrong.” It’s a fun and perfect song for a series exploring the complex ways of truth.  Can’t wait to sing it with all of you throughout this series!!